As a care technology provider of medical alarms to over 7000 Australians across the country, we’re aware of the large number of providers using assistive technologies such as medical alarms based on 3G cellular networks.  With the coverage and capacity of 3G networks being increasingly impacted leading up to the 3G network shutdown in 2024, providers should be planning an upgrade of their systems and medical alarms now.

Telstra had been running its 3G services in the 850MHz and 2100MHz radio frequency spectrum bands but shut down its 2100MHz services early in 2019 to provide more capacity for its 4GX network. Telstra’s 850MHz 3G services will be shut down mid 2024 to free up the radio frequency spectrum that the carrier will use to support next-generation 5G services. More information on the Telstra 3G Network Shutdown here.

The industry body Personal Emergency Response Services Limited (PERSL) represents monitoring services and consumers of 24/7 monitored medical alarms and Personal Emergency Response Services (PERS) throughout Australia. PERSL members have been reporting issues with the coverage of the existing 3G mobile wireless network and that 3G services appear to be degrading across Australia.

Members have experienced pockets of congestion across various parts of the nation, especially during the peak of COVID-19 last year.  During periods of 3G network congestion, a PERS alarm call to a monitoring centre may not be successful, and, although the medical alarm will retry many times, there may be long delays in a user receiving assistance. This clearly has the potential for serious outcomes for vulnerable Australians.

Across Australia, the impacts of congestion on the 3G network are being experienced in Retirement Villages, Aged Care facilities, and users in their own homes utilising 3G cellular services, including medical alarms upgraded from telephone lines to 3G as part of the NBN coordinated Medical Alarms Subsidy Scheme (MASS). Medical alarms which rely on the 3G network should particularly be used with care, as advised by PERSL. 3G medical alarms should be upgraded to 4G or replaced as soon as possible, well in advance of the 3G shut-down.

Unfortunately, there are a number of 3G medical alarm devices in the market that do not alert the users to issues with their connectivity. Providers run the risk of not being aware of an issue until it’s too late. Some key indicators of possible network congestion include:

Providers should be looking for smart-based 4G Emergency Response Systems that are now available to optimise the level of care to their community.  This is the time to future proof operations via a cloud platform, ensuring that at any time, the health and functionality of the device are known. When looking for a new supplier or solution, below are key items that should be delivered: 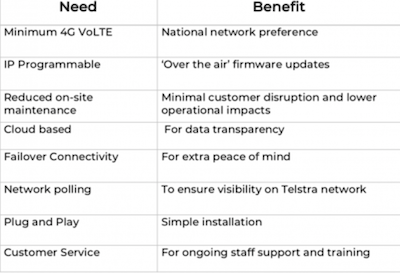 At Eevi, we strongly encourage forward planning so that care for the community isn’t affected by congestion or the 3G network shutdown. Vulnerable Australians need to have confidence that they can use their medical alarms and contact their monitoring service provider when they need to, without telecommunication service interruption or delays.  Providers are welcome to download the infographic we created as a handy reference guide to prepare for the change from 3G to 4G. For more information on the 3G Shutdown visit the page under the Operators tab on our website or contact eevi for further information. 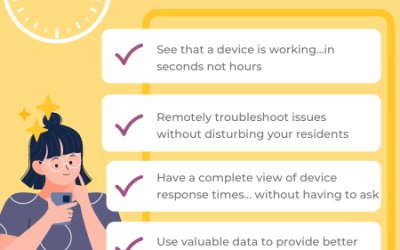 The 3G Network Shutdown Is Coming… Are You Ready?